Halloween is a holiday observed annually on October 31st and has become the favorite holiday of many people. Even with as popular as it is, just as many people do not know its origins. Halloween began as an ancient Celtic festival known as Samhain that let participants ward off ghosts by donning costumes and lighting bonfires. Then, it ended up blending with the Catholic All Saints day, and from there, it only continued to evolve. A lot of the traditions such as carving pumpkins, trick or treating, eating sweets and putting on costumes came to be only recently. 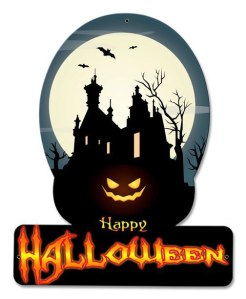 The Celtic festival of Samhain originated around 2,000 years ago when people celebrated their new year on November 1st. This day was the last day of summer and the ensuing harvest, and it was the first day of winter. Winter was associated with the idea of death back then, and they believed that on October 31st, the veil between the worlds of the dead and the living was lifted, which allowed ghosts to come back to Earth.

Besides the harm they thought spirits might do, they also thought that Druids were able to more easily make predictions during this night, a tradition that helped provide advice and comfort to get communities through the winter. They would dress up in animal skins and heads to tell one another’s fortunes.

By 43 AD, most of the Celtic territory had been conquered by the Roman Empire. Traditions of both the Celts and the Romans were brought together, mixing Samhain with All Saints Day traditions. All Saints Day was a time to honor martyrs and saints and was observed as a feast. When the land was conquered, the feast was moved to November 1st, and it sometimes went by the name All-Hallows. This meant that October 31st was known as All-Hallows eve, and sooner or later, Halloween. 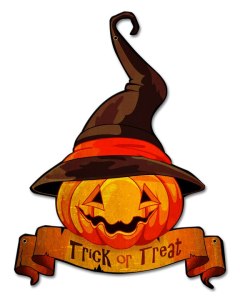 Halloween eventually came to America but was mostly limited to only colonial New England due to the Protestant beliefs there. These traditions eventually ended up mixing with Native American traditions as well, which brought out an American version of Halloween. The first traditions included parties that celebrated the harvest, sharing stories of the dead, singing and dancing. During the 19th century when the Irish came over, Halloween became more popular on a national level.

Taking from both English and Irish traditions, Americans ended up going door to door in costume asking for money or food, which would eventually evolve into what we now know as trick or treat. As time went on, Halloween became more of a community and neighborly event where the parties were more focused on people instead of the original traditions. Because of the baby boom during the 1950s, Halloween began to be geared more toward children. Trick or treating involved candies and snacks, and Halloween parties and parades in the community began to become the main features.

Today, Halloween is one of America’s best-loved traditions. Behind Christmas, it is the most commercially successful holiday, with Americans spending roughly $6 billion annually to celebrate it. It may have gone through many transformations to get where it is today, but it has always been a beloved holiday and stays that way to this day.

To many, the pin-up girl isn’t something that needs to be introduced. Popularized mostly during World War II, these “girls” are as much a part of American culture as baseball and apple pie, as the saying goes. But, pin-up girls weren’t always depicted as the scantily-clad women in precarious positions that provided owners of the artwork a peek at her underwear. In fact, the very history of the modern evolution of the pin-up girl dates as far back to before World War I, all the way back to the invention of the first bicycle, surprisingly enough.

During the time when bicycles were becoming popular, a special Lady’s Safety Bicycle was invented that was intended to be ridden specifically by women. People believed that standard bicycles had the potential to harm women’s insides if they rode them, so special ones were created. This led to advertisements of women with bicycles featuring the then-scandalous idea of women wearing pants instead of dresses and skirts in order to safely ride the bike. Once bicycles became popular for all, there was a small shift in women’s fashion that ended up revealing their legs and more of their bodies overall in a way that had never been done before.

From there, women’s bodies were used more and more in advertising as they tended to attract more attention to different advertisements. The first real instance of this was the Gibson Girl, created by an illustrator for Life magazine whose wife’s likeness was depicted with a large bust, long hair, an hourglass shape and full lips. The successful campaign created a wave of others attempting to capture the sensuality of the Gibson Girl.

Attractive women were then used for a number of different advertisements, particularly during the First World War. A beautiful woman encouraging young men to join the army was thought to be able to stir men into action, and it seemed to work. As time bled into the Roaring Twenties, the flapper generation that wore shorter skirts and bobbed hair had their likeness depicted as well. Then, in the 1940s when the World War II began, the first real pin-up girl as we know her today appeared in wartime propaganda pieces that encouraged people to join up and fight the war, purchase war bonds and more.

Upon realizing the way that sex certainly sells when it comes to war, those pin-up girls became the face of advertisements and were used to further marketing campaigns, the first to popularize these tactics in the 1940s and 1950s being Madison Avenue. In 1952, Playboy was created, and in the early years of the magazine, there were nude pin-ups depicted. Eventually, that evolved into photographs, which spawned Betty Page’s participation in the style, and today, Betty is still considered the most collected pin-up girl of all time.

In modern times, the tradition of pin-ups is still alive and well with people collecting classic pin-up art work and creating their own as well. Truly a timeless American art, pin-up photography is still a vibrant field especially in the rockabilly subculture and will only continue to evolve over the years and never fail to entice and intrigue audiences.

Neon is one of the elements that sits along the far right side of the periodic table of elements with the noble gases, making it one of the most common elements found in the universe. With two-thirds the density of regular air, neon is considered to be pretty rare here on Earth, and even so, two scientists in the late 1800s managed to capture it through a meticulous process. From there, with the use of tubes, neon signs as we know them today were born.

The attempt to isolate the elusive gas was done over the course of two months, when the two scientists liquefied the air and then captured the gases that came off of it when it was boiled. This gas was put into a tube and they added an electric charge to it. By doing this, the tube glowed with a bright reddish orange color when subjected to those charges. The two scientists were awed by what they saw and soon began developing tubes that would allow them to continue to capture the gas and electrify it to produce the glow again and again.

In 1907, these tube lights began being mass produced by a French businessman and were first shown at the 1910 Paris Motor Show. An opportunity was seen to develop a signage business out of these neon lights, and in 1912, the sizes of the tubes were reduced in order to allow them to turn the tubes into letters and words. The first neon sign in North America was displayed in 1923 in Los Angeles, and one of those signs is still there, never having been removed.

Business boomed from there, and then came a need for a more diversified neon light in order to add competition on the market. Since technically, neon will only produce that reddish orange color, different gases had to be used, most notably the gas argon that produces a pretty lavender color. When these different gases are used with fluorescent coatings, the changes in color are possible. The development of this process took place in 1920, prompting the boom of different colors of neon lights.

From there, people began experimenting, using different colors of neon lights and even incorporating mechanical parts like large coffee cups that let off steam or an ad for laundry detergent that released actual bubbles. Neon signs of all kinds began being use for large and small businesses alike, making them a standard in places like restaurants, barber shops, retail stores and bars.

Remarkably, over the decade since neon signs were created, the method of creating them really hasn’t changed. The desire to use neon lights has scarcely changed either, as even those who opt to change out their old neon signs for LEDs typically come back to neon in the end. Neon signs not only decorate businesses, but nowadays they can also be found in homes, making them a true treasure when it comes to decorating.